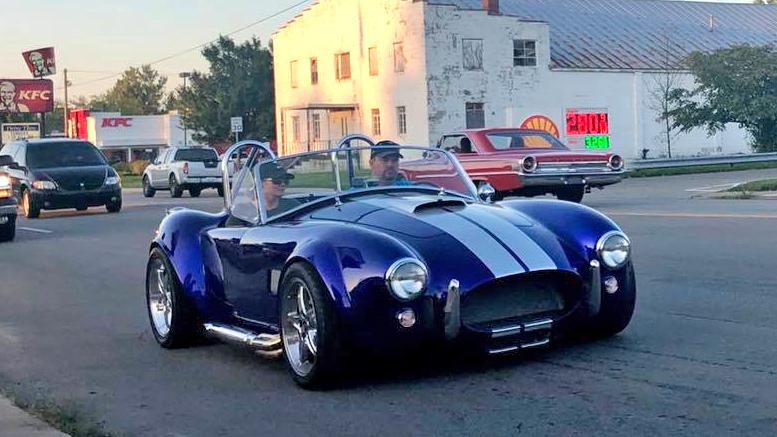 Watters is a life-long resident of Muncie and has worked for the Muncie Sanitary District for the last four years. A warm, affable man, Watters also has a kind heart.

“My main goal with this was to create a family friendly event…to give everyone a fun thing to do, and help some businesses on the southside of Muncie.”—Troy Watters

“I used to cruise Madison Street all the time when I was younger,” he said. “I’ve been to Somerset Kentucky ( population 11,196 according to the 2010 census) on weekends where they put on the Somernites Cruise during the summer. I thought it would be cool if we could do the same kind of thing in Muncie once a month.” 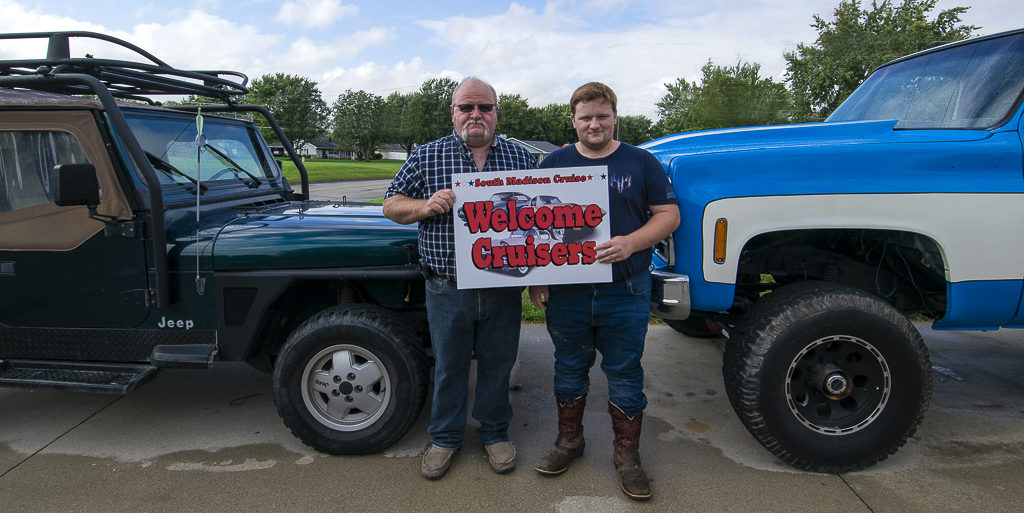 Troy Watters and son Nick Watters are pictured by their favorite Jeep and ’79 GMC High Sierra Square Body truck. The sign they are holding appears by South Madison Street businesses who encourage participants to pull into their parking lots during the cruise. Signs were prepared by Skip Smith, 1 Stop Signs. Photo by: Mike Rhodes

Watters approached Mayor Dennis Tyler with his event idea, who thought it would be cool, too. Next stop for Watters was to present the Cruising South Madison Street idea to the Muncie Board of Public Works meeting on August 8, 2018.  The board considered the event and after discussion, approved it on the spot. Prior to presenting to the Board of Public Works, Watters took a day off from work and met with a variety of South Madison Street restaurants and businesses about the cruise, to make sure they knew about it and would support it. He found businesses were enthusiastic about the idea. Watters presented the information he had gathered from businesses to the board as well.  The first Cruising South Madison Street event took place 10 days after the board approved it.

What’s this? A parade?

Debbe Caine and her boyfriend, Brent Flynn are classic car lovers. “We’ve always had old cars, so we love to attend events like the South Madison Cruise,” she said. “Brent drag races, so he has cars to race with, but I never get to ride with him. When we found out about the Cruising South Madison Street event, we decided to go together.  We actually came across the event by accident one night when we were driving home. We noticed there were people sitting in lawn chairs by the street and old cars were everywhere. We thought maybe there was some sort of parade and we accidently got in the middle of it! We’ve been to both events and they were very well attended. We loved it!”

Debbe and Brent purchased a ’76 Pontiac Trans Am about a year ago and Brent has been restoring it. The car now has a new engine, interior, exhaust, wheels and more. They hope to finish it any day now, and drive it in the next Cruising South Madison Street event scheduled for October 20, 2018. 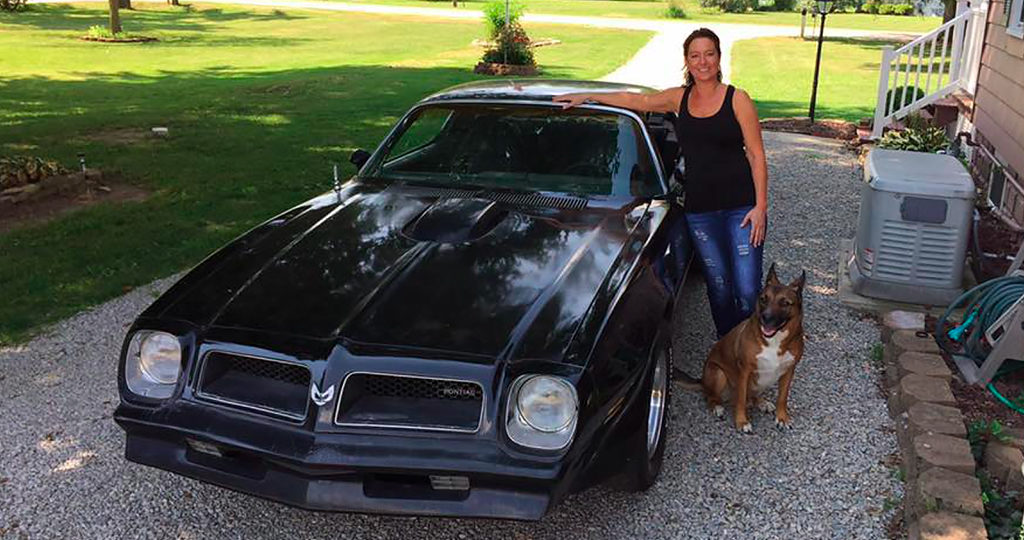 Debbe Caine is pictured with her classic ’76 Pontiac Trans Am she and Brent Flynn are restoring. Photo courtesy of Debbe Caine.

Shareen and Matt Wagley attended the September 15th cruise after hearing about it through social media. “It happened to be my 50th birthday, so we drove out in our ’81 Volkswagen convertible,” Shareen said.

“We went and had an absolute blast. We were blown away with all the cars and the number of people watching. The last time I cruised Madison Street was when I was 16 years old. In the same car. With the same guy.”—Shareen Wagley

The Wagley’s Volkswagen still has a workable cassette player in the dash, so AC/DC was naturally pumping out on the car stereo speakers. 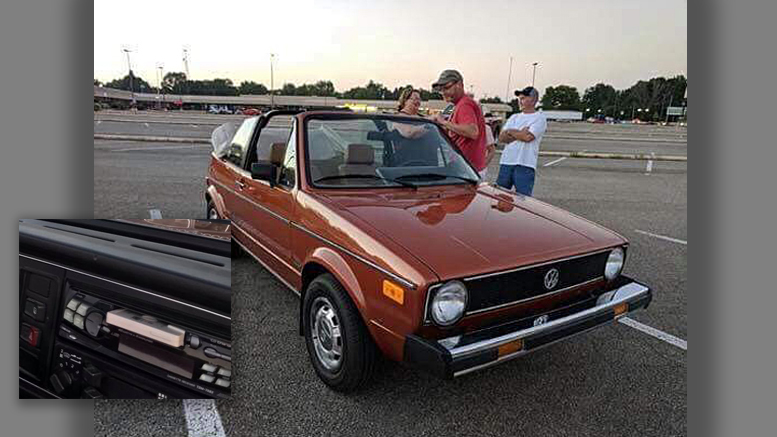 Watters says he’s found out people have unexpectedly come from all over the country to attend the cruise. “For our first cruise, we had a married couple who had attended Southside HS and they drove all the way here from Maryland,” he said. “We had people from Springfield, OH; Angola, IN; Peru, IN; Nashville, TN; Bowling Green, KY and more.  I think we’re bringing people back to Muncie who used to live here, but have moved out of state. We think we had close to 1,000 people for our September cruise.”

The next Cruising South Madison Street event will take place on October 20, 2018 from 6pm to 10pm. You don’t have to have a classic car, or even a fancy one. Just come out and enjoy the ride and the view.

You can find more information about the Cruising South Madison Street events by following their Facebook group site. (Link below.) 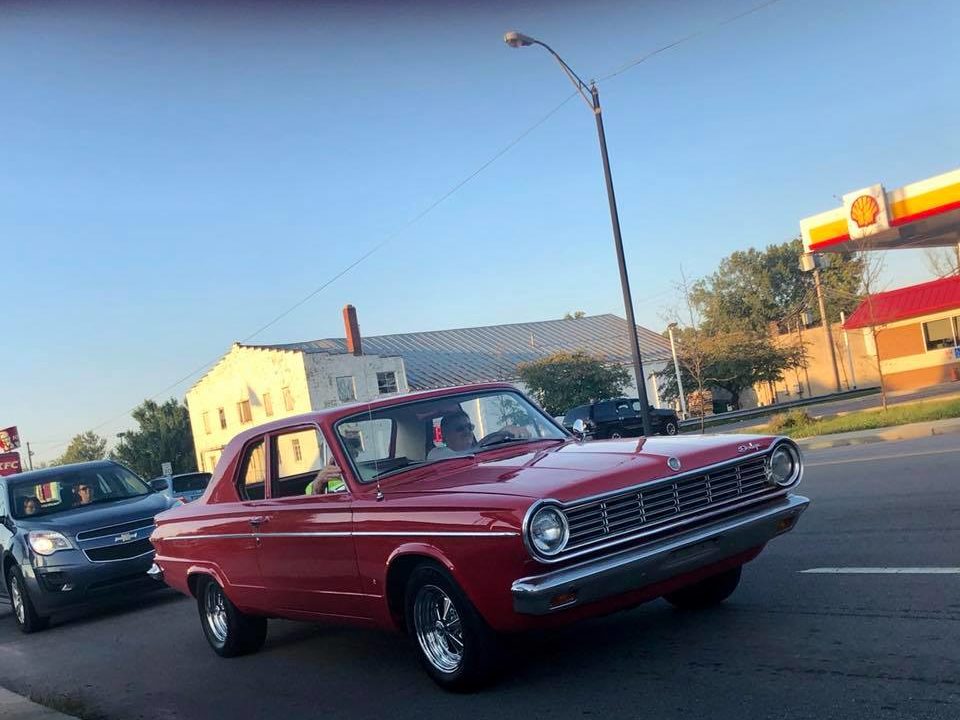 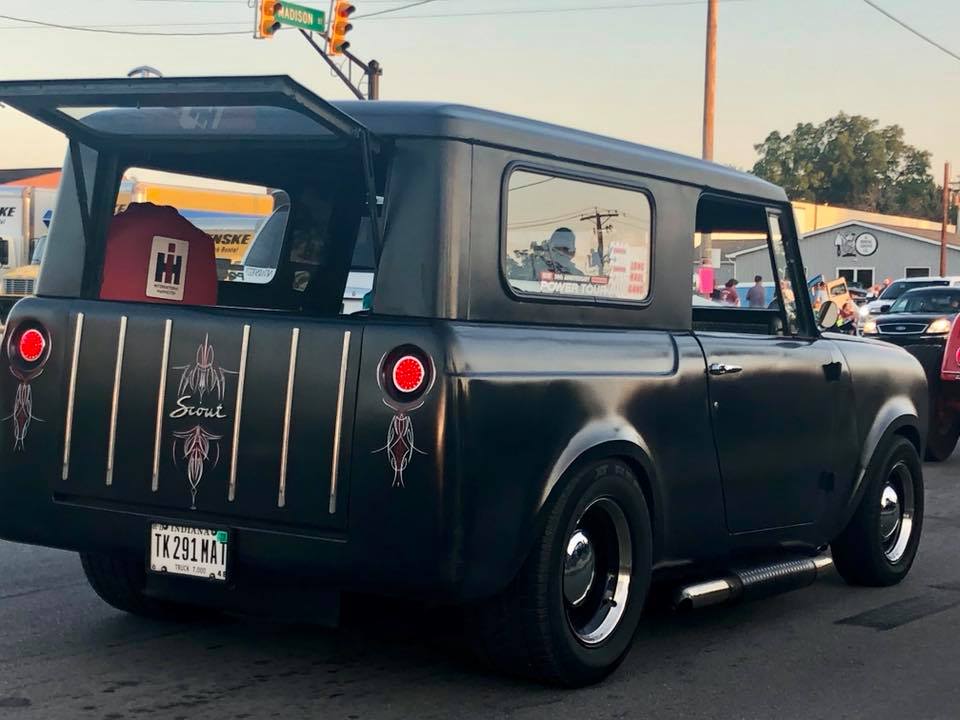 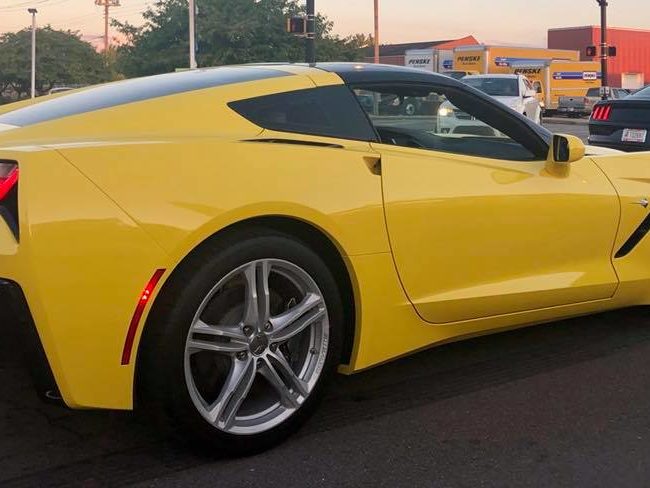 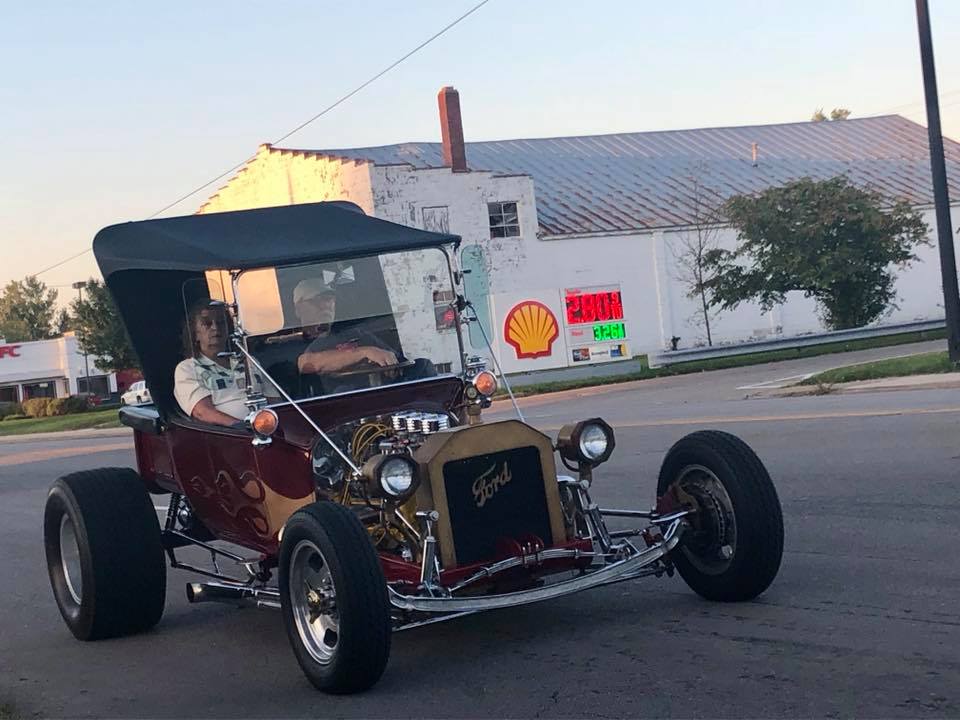 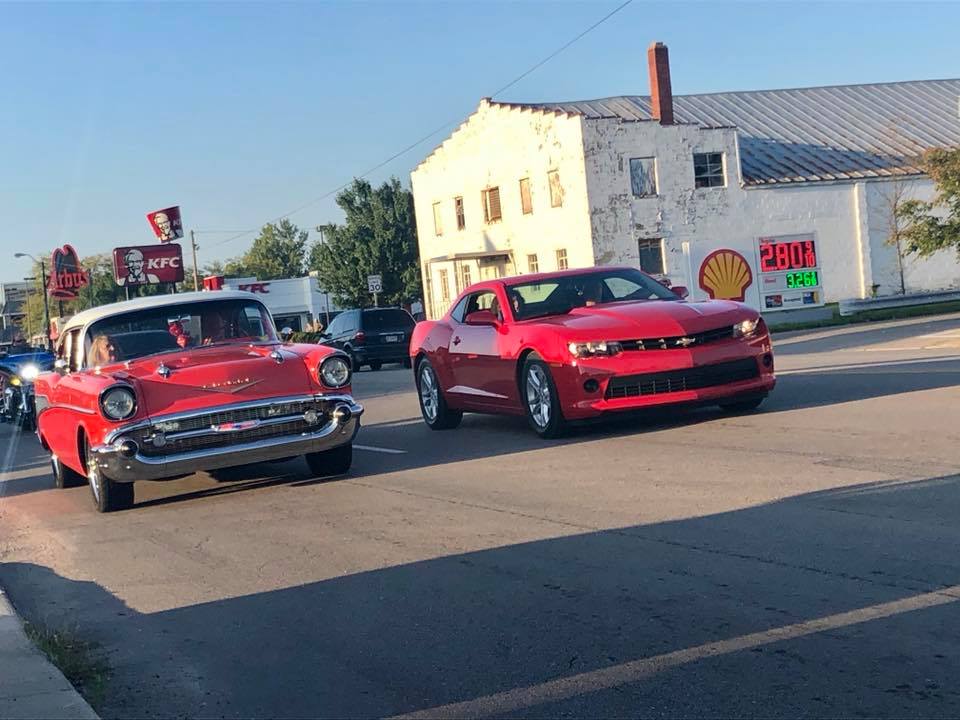 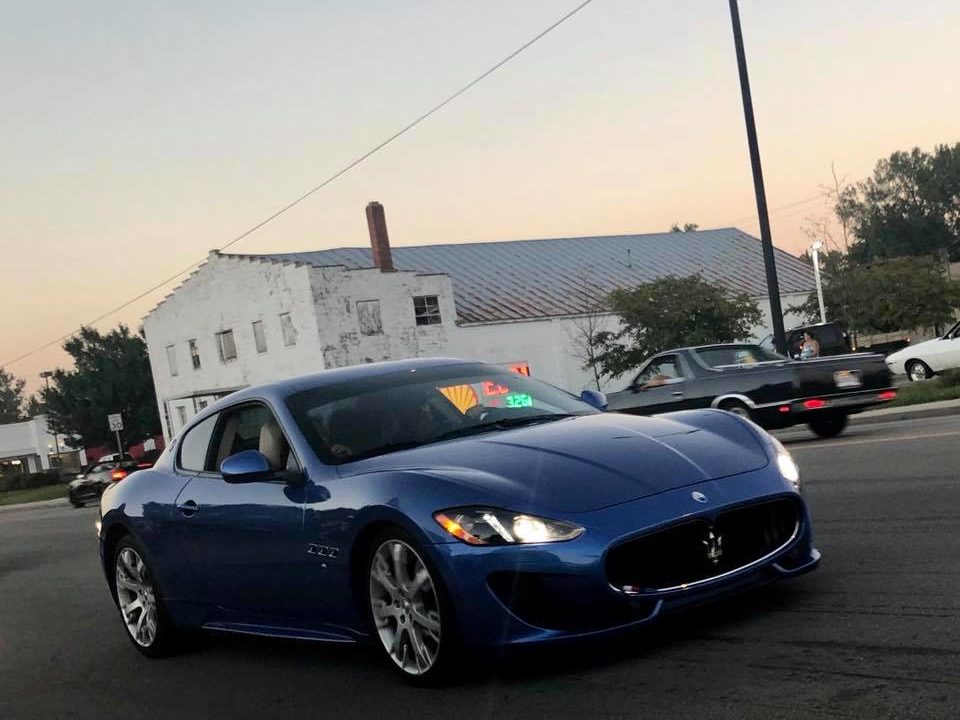 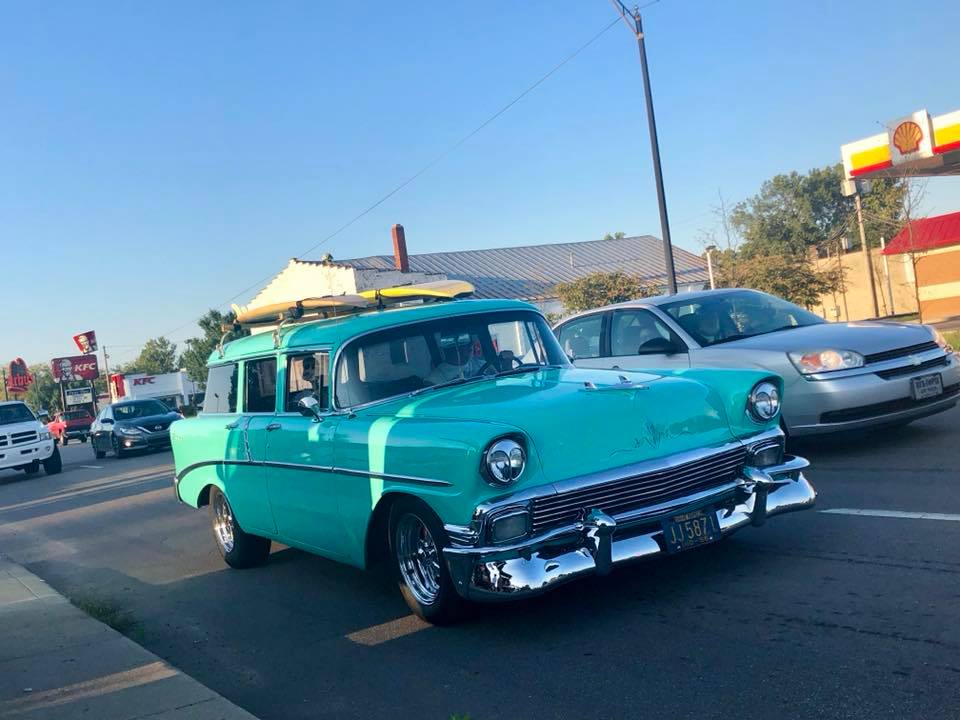 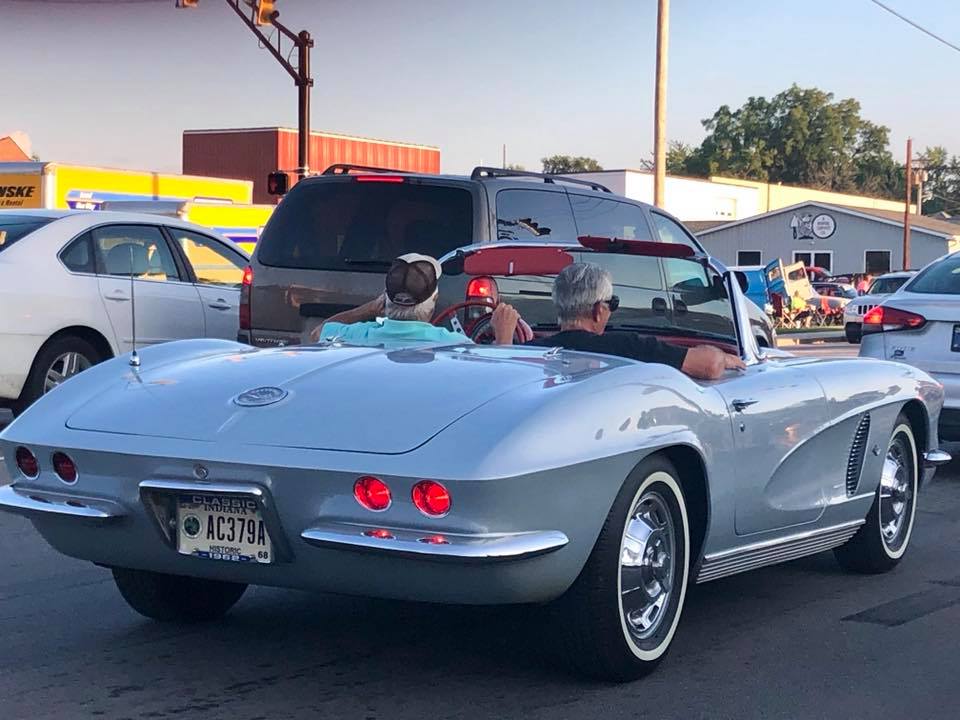 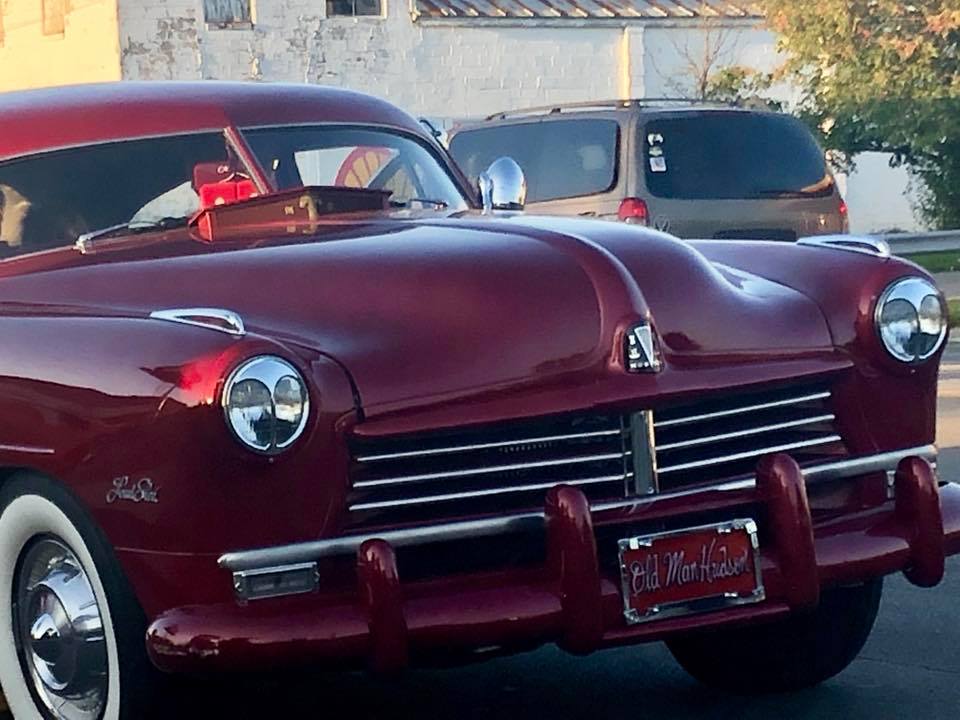 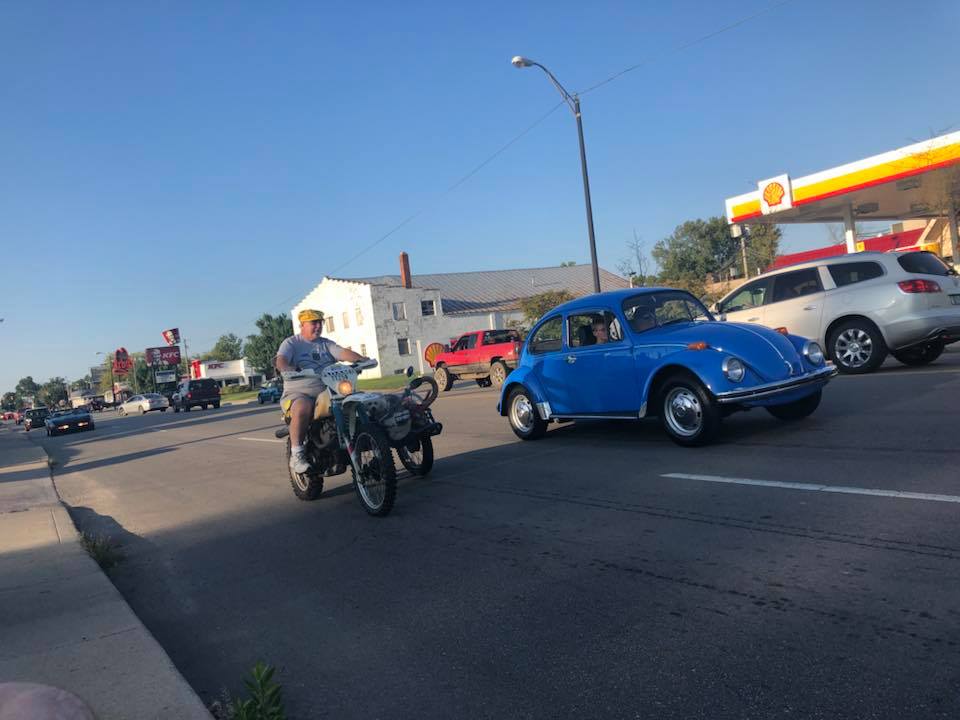 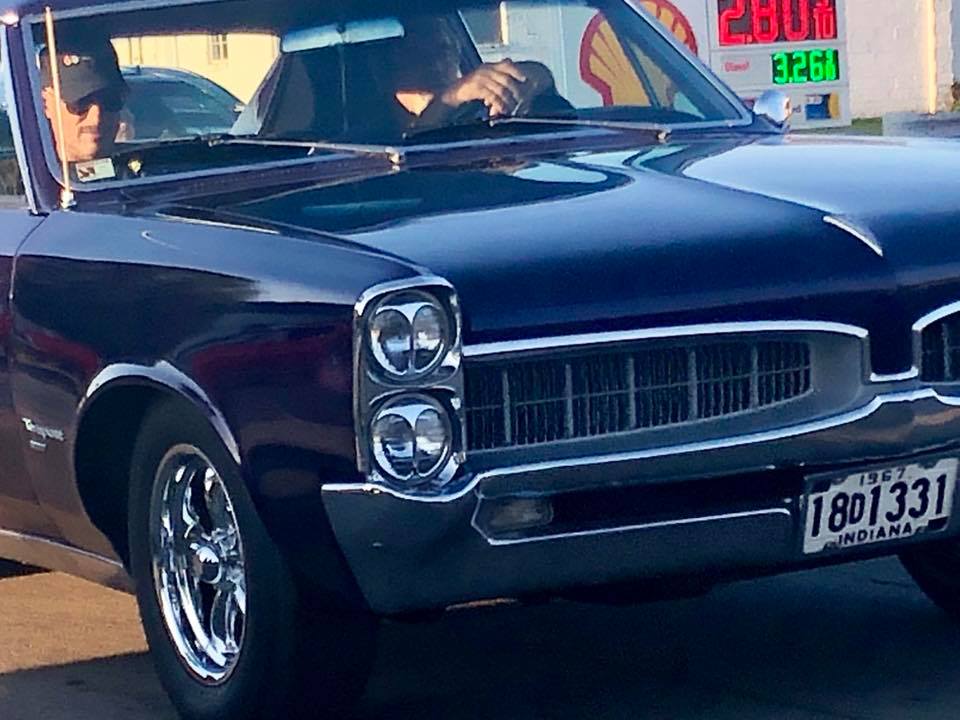 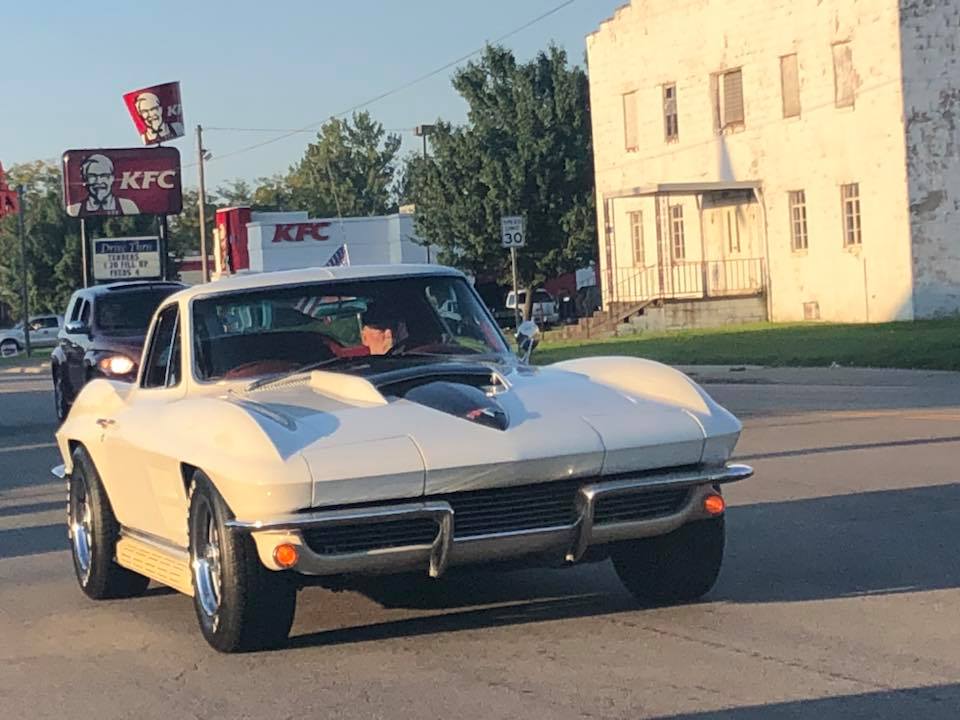 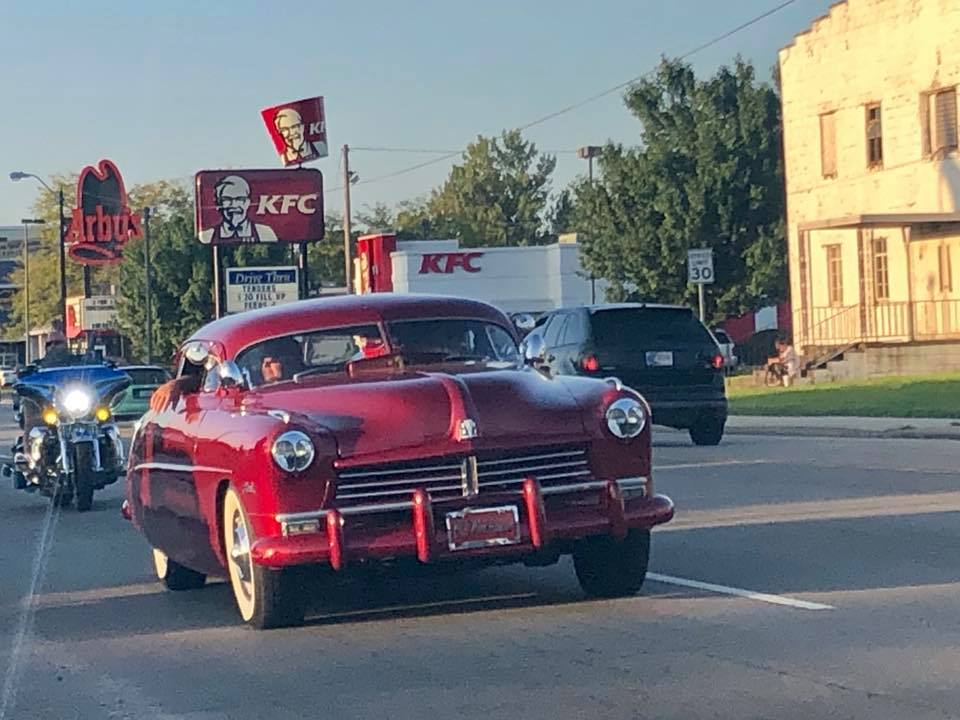