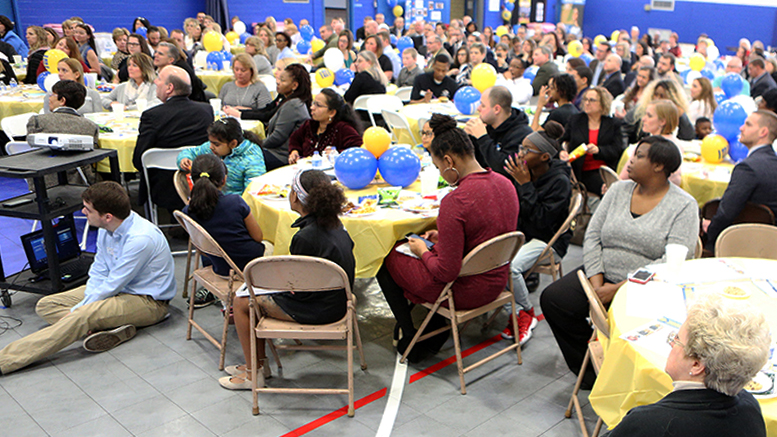 Muncie, IN—Before a sold-out crowd Thursday in its newly renovated gymnasium, the Boys & Girls Club of Muncie raised $23,000 at its Great Futures luncheon, setting a record for the annual fundraiser.

The presenting sponsor for Thursday’s event was Old National Bank.

Thursday also was a day that celebrated the merger of staffs, governing boards, and mission of the Club and Roy C. Buley Center. Over the past year, BCGM has expanded from one site to four throughout Muncie, increasing the activities offered and number of children served.

“The merger allows us to serve more children, more often, for longer periods of time,” said Jason Newman, Club CEO. “This will allow us to expand our reach and have some evening programs for young people as well.”

In the past year, Buley and the Boys & Girls Club received funding from the Ball Brothers Foundation to renovate their gymnasiums and gymnasium floors.

Board President James Mitchell talked Thursday about the Club’s future.

For the second year in a row Central High School sophomore Kamrein Jackson, 16, was named the Boys & Girls Club of Muncie Youth of the Year. 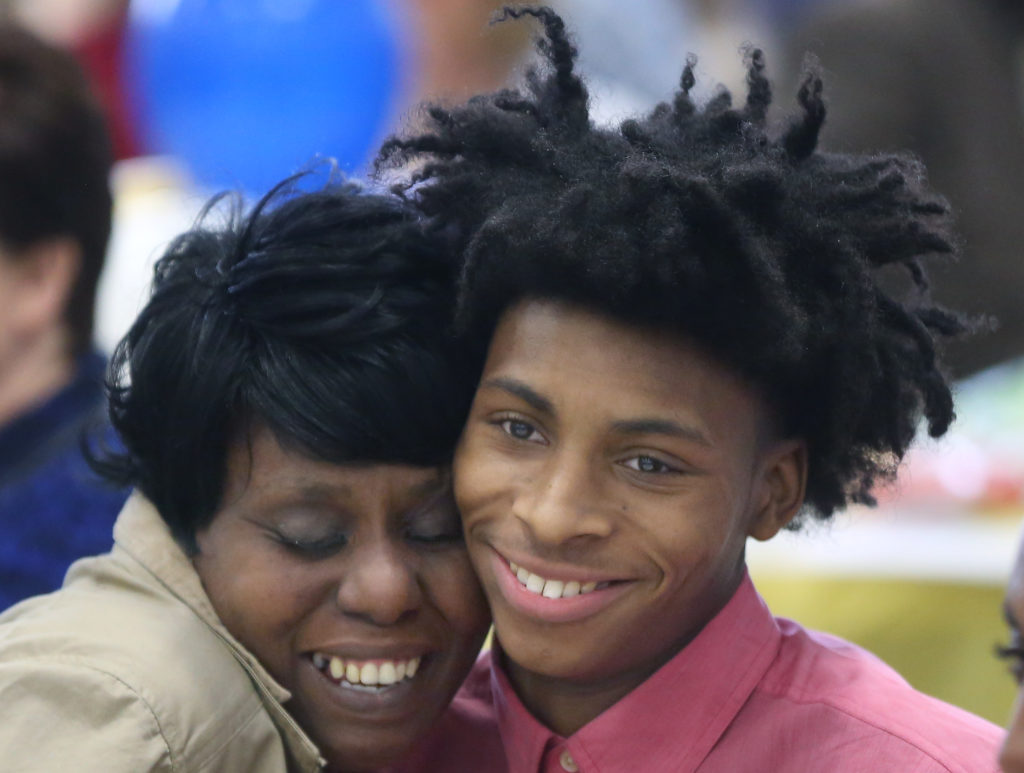 “I’ve been judged and told I couldn’t. I’ve been judged for my hair, my clothes, and for the color of my skin. I want to be that person that everybody looks at and says, ‘here’s a young man who can.’”

Outgoing board members Juli Metzger, past president and treasurer Pat Botts also were recognized Thursday for their contributions to the Club.

In its strategic plan, the Boys & Girls Club of Muncie conservatively forecast that the Muncie Club could be serving 3,500 kids annually in multiple locations by 2020. “We see the need growing not just in our Club neighborhood but across Delaware County, and we’re actively pursuing partnerships that help address these needs,” Mitchell said.

Boys & Girls Club programming is now offered at Buley and, because of a new partnership with Muncie Community Schools, also at locations for K-5 and middle school kids at East Washington Academy and Southside Middle School, taking critical before-school supervision and after-school, high-impact programming where it’s needed most.

Newman announced changes to the Madison Street club including a weight room, made possible by donations of the YWCA, a performing arts area equipped with a recording studio, video recording area and a dance studio. Newman said the new spaces would allow the students to grow physically and mentally and provide them with a space to creatively express themselves.

Founded in 1933, the Boys & Girls Club of Muncie is an active community partner, collaborating with entities across the city. It is one of five nonprofits that participate each year in the ICE league, Muncie’s first Inter City Educational youth basketball tourney, administered by Project Leadership. Now in its third year, the ICE league is a collaborative enterprise with afterschool focused non-profits and the Ball Brothers Foundation to teach that academic standards matter and are rewarded on and off the court.

Families can register for the Boys & Girls Club programming, including homework help with Power Hour, online at bgcmuncie.org.

The Boys & Girls Clubs of Muncie works with more than 200 children every day, helping to enable all young people, especially those who need us most to reach their full potential as productive, caring, responsible citizens.