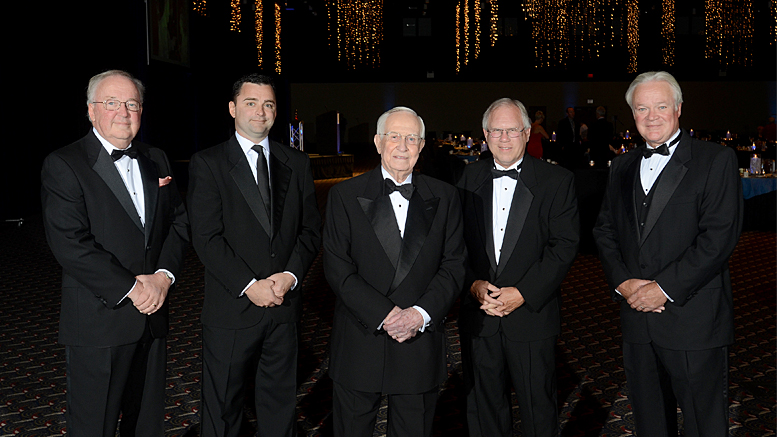 Muncie, IN – In alignment with Ontario Systems’ core values focusing on people and community, the company has set the gold standard for corporate citizens through its work on behalf of United Way of Delaware County.

Casey Stanley, this year’s campaign chair and a senior executive with Ontario Systems, is the third generation of his family to lead the campaign and the seventh from Ontario to do so. Each year, Ontario has run what is known as a Pacesetter Campaign, jumpstarting employee philanthropy on behalf of United Way.

“By running its employee campaign early, Ontario sets the tone for other businesses in the community,” said Stanley. “This year, it is United Way’s mission to bring all Delaware County third graders up to standard reading levels by 2024 that compelled us to participate. Studies have shown this is a key indicator of future success, and it’s our children who will ultimately break the cycle of generational poverty.”

Stanley also notes that Ontario’s involvement stemmed from a community that has always cared about giving back.

“There’s incredible philanthropy and tireless service that started with the Ball family and found its way to so many of the companies and private foundations in Delaware County. Ontario was built on those principles, believing in doing well so they may do good and give back to the community through the time and talents of their associates.”

Ontario Corporation was founded in Muncie in 1955. In 1963, Van Smith—an industrialist who used his position at the company to support numerous local causes—started out at Ontario as secretary. He later became president and eventually chief executive officer of Ontario Corporation, before chairing United Way’s fundraising campaign in 1966. Smith was the first in what would become a long line of Ontario leaders to head the United Way campaign.

Under Smith’s leadership, Ontario Corporation grew as a diversified holding company, expanding its core precision-forging manufacturing operations into fields that included environmental testing and software. It was during this period of rapid development that Kelly Stanley, Casey’s father, joined the company as vice president and general counsel in 1978. Kelly Stanley eventually replaced Smith as president and chief executive officer and served in the role until 2003. Like Smith, Kelly Stanley left his mark throughout the community, including his involvement as chair for a United Way of Delaware County fundraising campaign in 1995. His leadership followed other Ontario leaders Eugene Amlin, Bob Holt, and Mike Cox, who were chairs in 1971, 1981, and 1988, respectively.

“Ontario got into the software business by investing in quality people,” said Kelly Stanley, now in retirement. “We saw two inspiring, local entrepreneurs who felt the same way we did: focus on your people and the community, and success will follow. Not just for us, but for everyone—creating a better place not only to work, but to live.”

“We believe in doing what’s right,” said Fauquher. “We encourage and support other companies who believe the same and who put people and the community first. That’s been a big part of our history, a spirit that’s driven many of the decisions we’ve made and helped us be successful.”

To learn more about United Way of Delaware County’s 2017 campaign to Identify the Obstacles, Take on the Impossible, and Conquer Generational Poverty in our community, visit InvitedToLiveUnited.org/campaign.

CleanCut Lawn and Landscape is this month’s sponsor of non-profit stories found on MuncieJournal.com  Locally owned for over 32 years, CleanCut is your dependable, knowledgeable landscape company. CleanCut Lawn & Landscape. A better lawn. A better life!