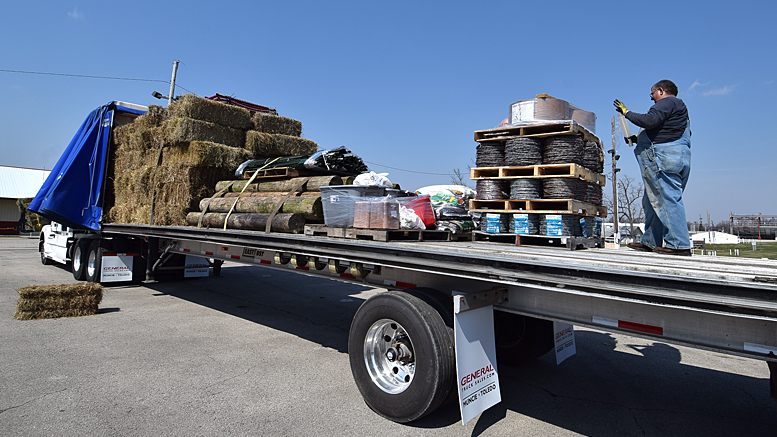 One of four trucks being loaded with supplies to take to Ashland, KS where wildfires have ravaged since early March. Photo by: Mike Rhodes

Beginning around March 6, 2017, a series of deadly wildfires swept parts of Texas, Oklahoma, Kansas, and Colorado.  The fires continue and have caused millions of dollars in damage and killed thousands of livestock.

Dan Hiatt, Vice-President of the Delaware County Farm Bureau kept tabs on the wildfires through his network of Facebook friends around the country. After the wildfires began, one of his friends in South Dakota mentioned to Dan that, “We really need to do something.”

So, Dan set out to do the same. He met with the Delaware County Farm Bureau Board and the project was approved.

According to Joe Russell, President of the Delaware County Farm Bureau, the fires burned over a million acres. “If you picture Jay, Randolph, Delaware and Henry county all burning up, that’s the size of the wildfires ranchers are dealing with. ”

The Delaware County Fairgrounds acted as the staging area prior to the 890 mile trip to Ashland, KS.

“We don’t do this every day,” said Russell. “We will eventually get the trucks loaded and on their way. The thing is, if we had a disaster in Delaware County, other farmers would come from across the country to help us. It’s kind of a brotherhood of farmers and ranchers —if someone is in need, then people show up and help. So, we are very happy to be able to head to Kansas and help them.”

As he turned to monitor a truck being loaded, Joe laughed and said, “I can’t believe we are going to go help Kansas after that Purdue game last night.”

Purdue lost to Kansas 66-98 in the NCAA Men’s Basketball Tournament. 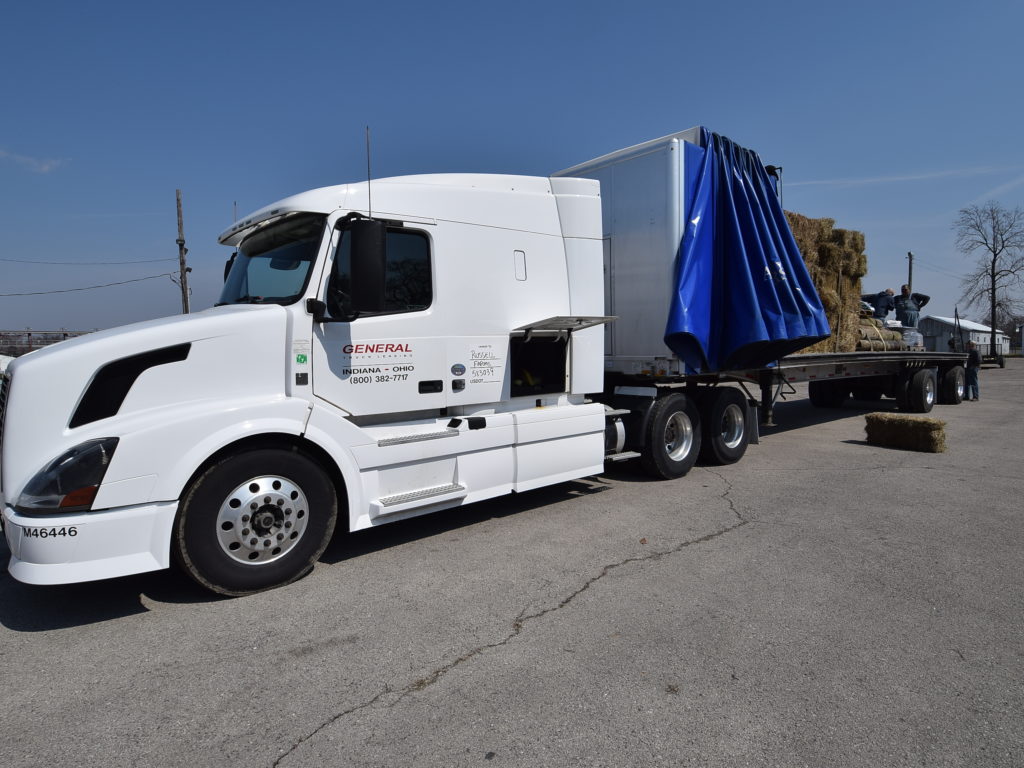 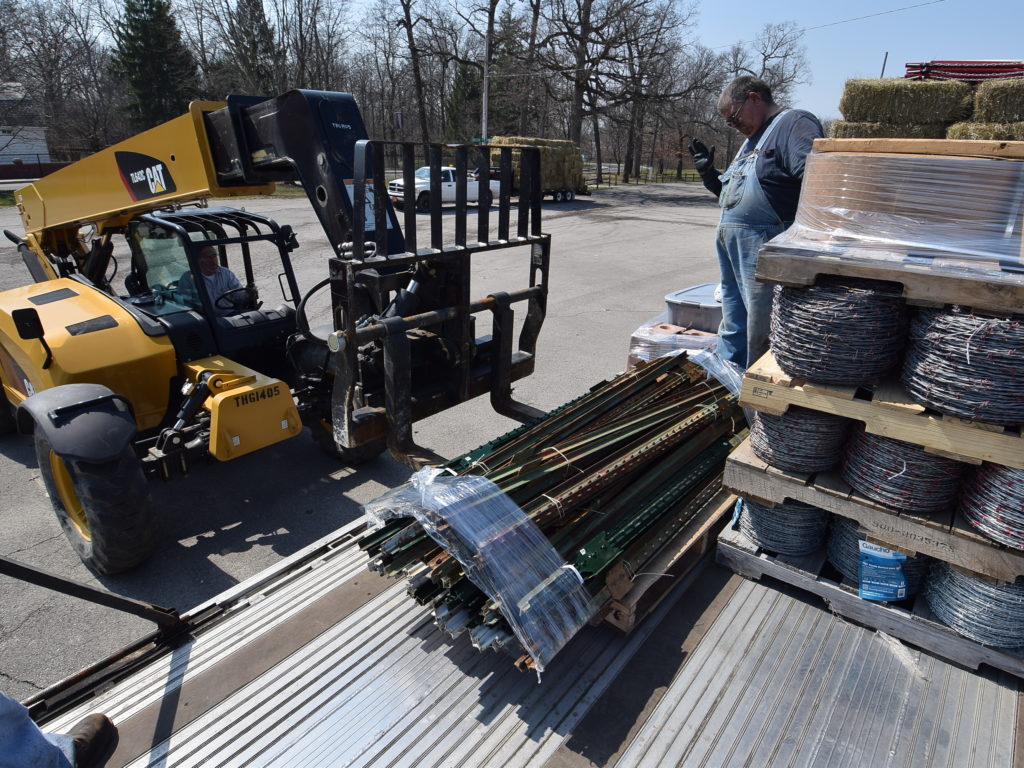 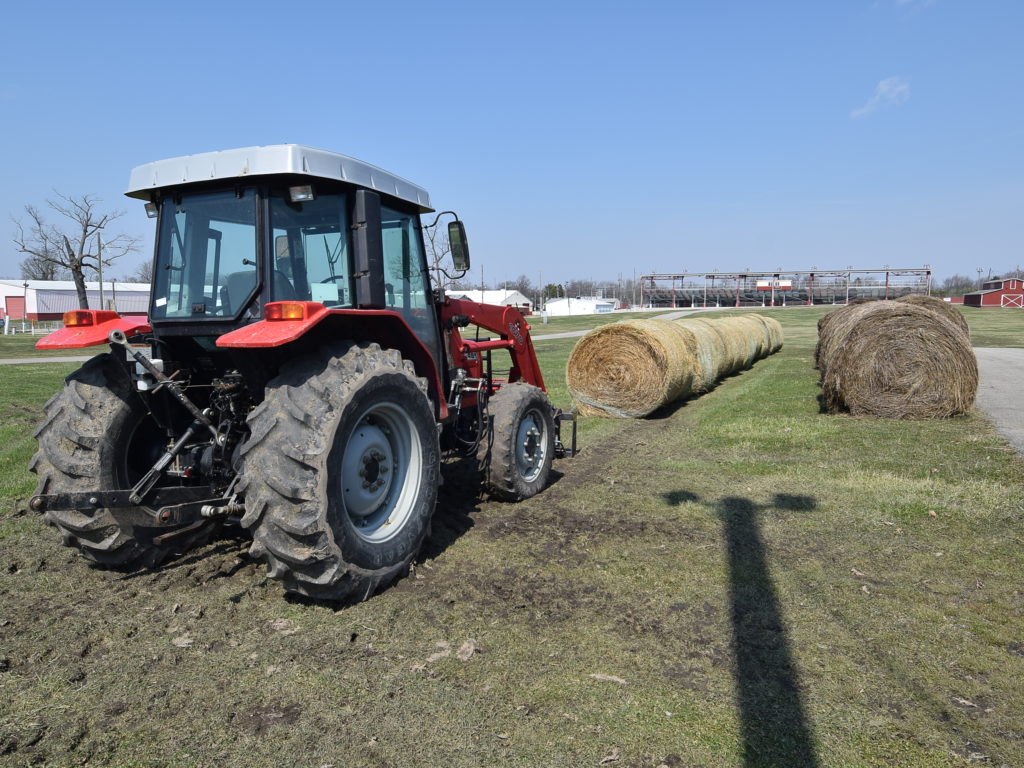 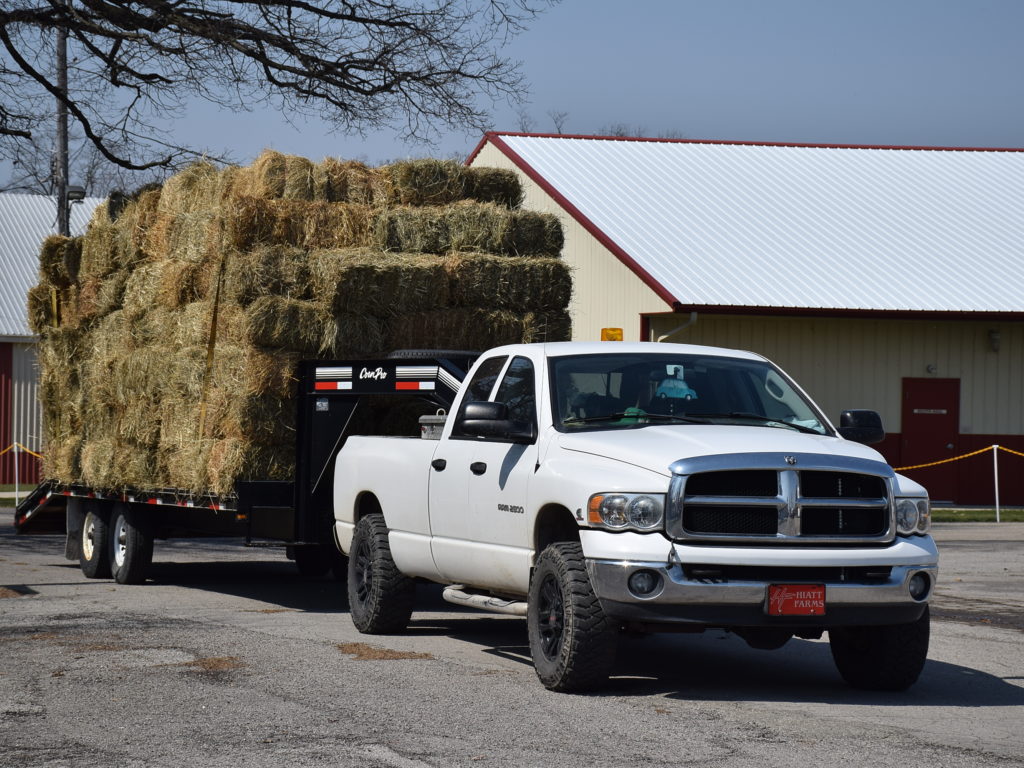