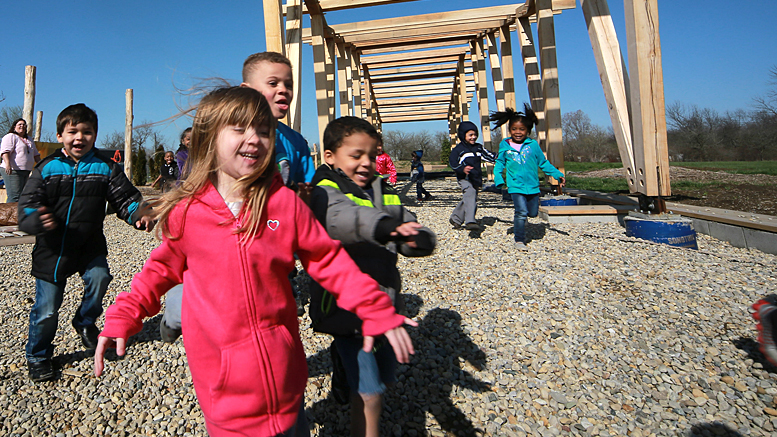 By5 encourages kids to get outside and play. Photo provided.

Muncie, IN—Last summer, over 600 people participated in Delaware County’s first-ever Nature Play Days, a state-wide event run by Indiana Children and Nature Network and facilitated locally by Muncie & Delaware County BY5. The event, which offered forty-two separate activities for families to get outside and play, received positive attention from families and partners around the community.

Now the Nature Play Coalition—that’s the planning arm of BY5’s Nature Play Days—is working to encourage outdoor play during winter months. The group launched an initiative called Winter Play Wednesdays at the beginning of January to share simple ways that families can engage with nature during a season traditionally associated with sedentary activity. Each Wednesday at around noon, a new winter play “idea post” is posted on BY5’s Facebook page. The “idea post” links back to BY5’s website, www.muncieby5.org/winterplay, where families can download free materials that give further inspiration or instruction.

As a finale to Winter Play Wednesdays, the Coalition will also be putting on a free showing of the award-winning documentary “NaturePlay” at Minnetrista on Saturday, February 25 from 10am-12pm. The documentary contrasts nature-based education model of Scandinavia with the high-stakes testing culture of the United States.

Winter Play Wednesdays idea posts will run every Wednesday through the end of February. Go to our Facebook Page to catch up on past ideas, and to keep posted on new ideas. 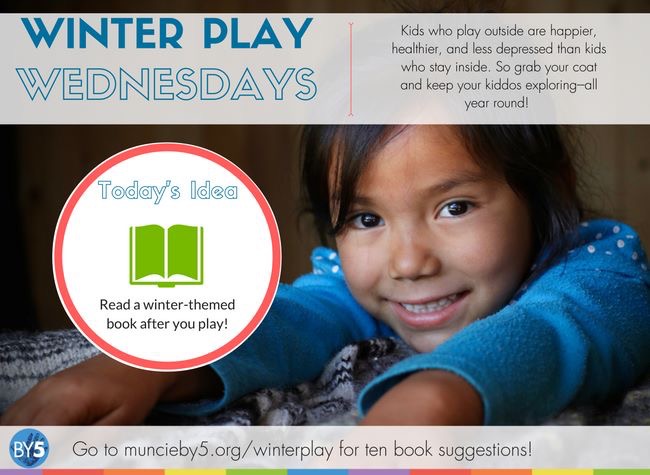