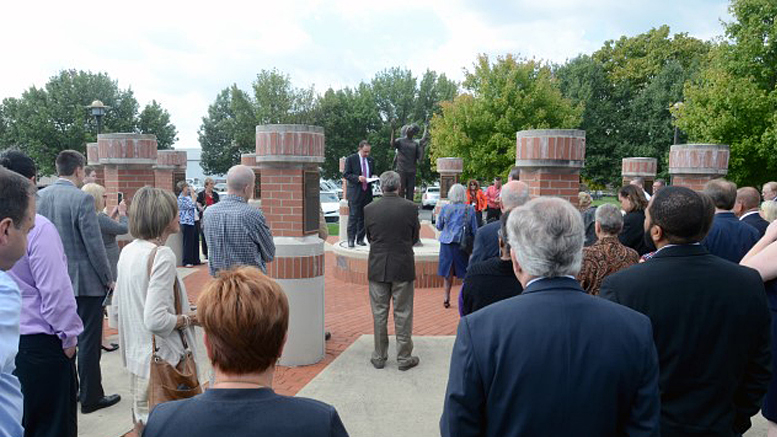 Muncie, IN—The Youth Opportunity Center (YOC) Foundation celebrated the eleventh anniversary of the Shafer Giving Society and the legacy of the late Hamer and Phyllis Shafer at a luncheon held in the YOC Gymnasium on October 6, 2016. The Shafer Giving Society was formed in 2006 to honor donors who have made cumulative gifts of $1,000 or more. The theme of this year’s event was Awakening Potential.

Keynote speaker, Mr. Terry Walker, retired Muncie Power CEO & Chairman, and Chair of the Hamer D. and Phyllis C. Shafer Foundation, spoke about the legacy of support that the late philanthropists blazed for the YOC. “Phyllis became one of nine founding board members who shared the dream to develop a comprehensive youth center on a campus that was more than just a detention center…Its early emphasis on providing a ‘continuum of care’ remains a staple part of its services [today],” Walker said. He closed by saying, “We [The Shafer Foundation] are committed to keeping their legacy alive and to adhering to their principles in trying to make a difference in the lives of youth and the communities they loved.”

At the conclusion of the luncheon, the 130 attendees were invited to gather at the Shafer Giving Plaza’s Awakening Potential statue for a short ceremony and donor recognition led by Jeff Parsons, First Merchants Bank East Central Region VP/ Commercial Banking Manager and YOC Board Chair. 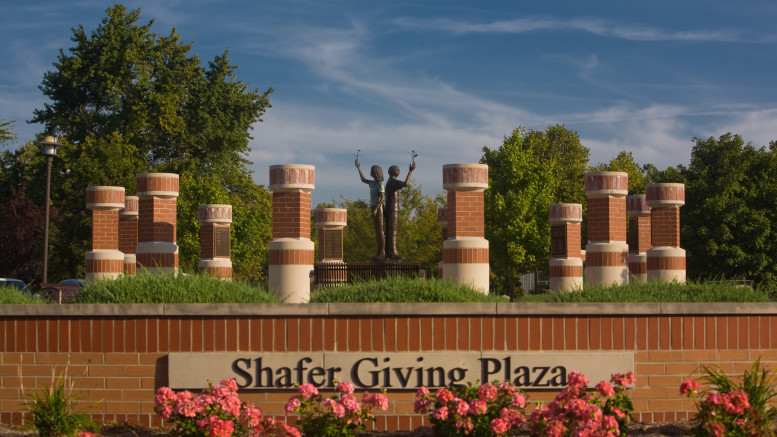 Awakening Potential is the name of the statue that is the centerpiece of the YOC’s Shafer Giving Plaza. At its base are these inspiring words: “As a young person, under careful guidance, you can awaken to your unique life potential, like an emerging sprout in its process of becoming a tree.”

The Youth Opportunity Center (YOC) is a nationally accredited, not-for-profit behavioral treatment center serving children and youth from throughout Indiana. Founded in 1992, the YOC, in partnership with area agencies, offers a complementary range of services on its 75-acre campus including residential and outpatient counseling, on-grounds accredited school, CASA (Court Appointed Special Advocates), juvenile court, day treatment program, and juvenile detention. The YOC is accredited by the Council on Accreditation (COA) and the American Psychological Association (APA).