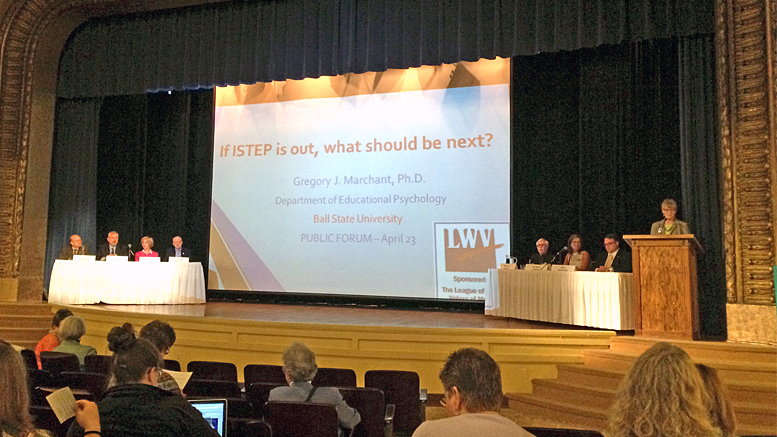 Under a new law, the state’s troubled ISTEP test will be phased out by July 1, 2017, and a 23­ member panel, a majority of whom are educators, will recommend a new, standardized test.

“The ISTEP test is a seriously damaged brand and has become an ongoing source of frustration among our students, educators and parents,” Bosma said. “While we need critical performance assessments, not having results of the test for eight months is simply inexcusable. I am confident this well­balanced panel of educators is equipped to assess our best options and recommend a replacement to the General Assembly.”

Bosma appointed the following members to the panel, which will make recommendations before Dec. 1, 2016, to the General Assembly and governor:

Prior to serving in his current role, Rangel was a fifth grade teacher at Key Learning Community in IPS and was a Teacher of the Year semi­finalist in IPS. He is an alumnus of Teach for America’s 2012 Indianapolis Corps and spent two summers managing and developing teachers from Rhode Island, Washington, New York and Connecticut.

Dr. Croner has served as a school administrator for over 10 years and prior to that, he served as an instructional coordinator, principal, assistant principal, dean of students and a math teacher. As superintendent, he played a key role in working with the board to set the mission, vision and goals for the school system.

Dr. Stallings is a parent of two children who attend Muncie Community Schools and is an English professor at Ball State University. In 2012, she was 1 of 10 finalists for the Excellence in Teaching Nomination at Ball State. Stallings accomplishments include more than 10 published works, and many conference lectures and presentations.