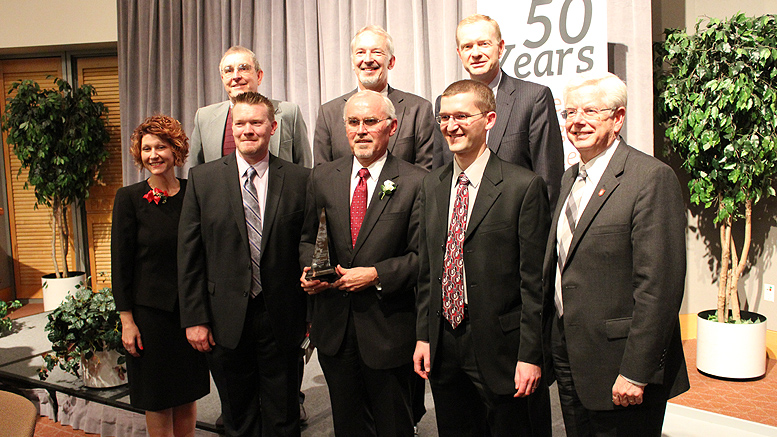 At Ball State University’s recent Miller College of Business 50th Anniversary Awards ceremony, Whitinger & Company was recognized with the Dean’s Distinguished Partner Award. This is given to friends or organizations that have greatly influenced the students, faculty or success of the Miller College.

Jennifer Bott, Interim Dean of the Miller College of Business and Associate Professor of Management, introduced Whitinger & Company by saying, “Tonight, this award is given to honor both — the legacy of an individual, Ralph Whitinger, and the history and present-day investment of its member/owners in the success of our students and community. Therefore, it is my great honor this evening to recognize a true partner to the Miller College of Business, Whitinger and Company, LLC headquartered here in Muncie. Founded as R. J. Whitinger and Company in 1930 by Ralph Whitinger, it has grown through eight decades to the organization it is today. In parallel to building a successful for-profit business, Ralph Whitinger began building a non-profit business, the Ball State University Foundation, in the early 1950s. As one of the principal founders of the Foundation in 1951, Ralph assumed its presidency in 1953, serving for 30 years. Not only is Mr. Whitinger credited with beginning the Foundation, but he is also known for establishing a spirit of philanthropy for donors and alumni. He led by example, creating the Whitinger Scholars program in 1976, that annually awards one of the most prestigious scholarships awarded at Ball State University today.

The influence of Whitinger & Company continues to present. The firm maintains support for the Whitinger Scholarship through the donation of funds to offset the increasing cost of student attendance. Further, the partners created a second scholarship to assist four students annually with their continued studies in Accounting.

An examination of their Member/Owner roster looks similar to an alumni directory, with all of the Accountants graduating from our program. The firm continues to support our students through internship placement and hiring; the profession and our college through service on the Accounting Advisory Council, the Young Alumni Accounting Advisory Council, speaking to student groups during Dialogue Days; and, the university through service on the Foundation Board. For these reasons, and during our 50th anniversary celebration year, we recognize and thank our distinguished partner, Whitinger and Company.” 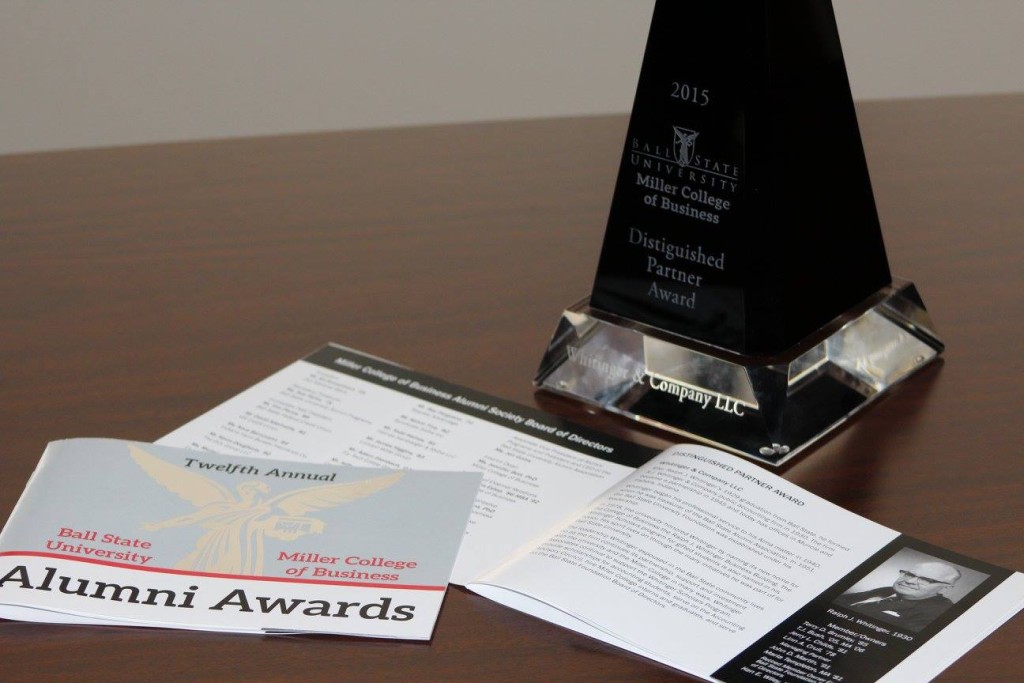 Linn Crull, Member/Owner and Managing Director at Whitinger & Company, accepted the award on behalf of the firm. He stated, “It is an honor to be recognized with the Miller College of Business Distinguished Partner Award. Our relationship with the Miller College of Business started many years ago even before I was a part of Whitinger & Company, and it has been very impactful in the growth and success of our organization. We are proud to support Ball State students and graduates alike. We are very thankful to receive this prestigious award.”

Photos from the award ceremony can be viewed at this Facebook LINK.