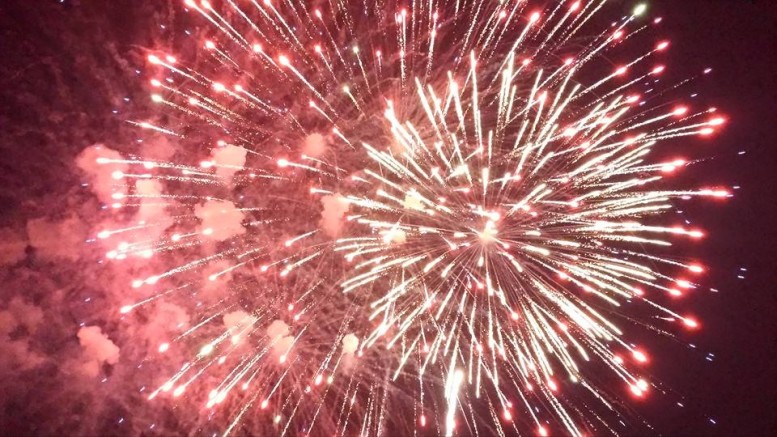 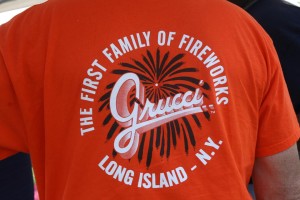 Attendees were treated to incredible pyrotechnical patterns including “USA” Alpha-Grucci shells, happy faces, and other effects in a wide array of colors.  The fireworks finale was choreographed to the 1812 Overture – HEAR it below, and the fantastic fan-reaction!

Mayor Dennis Tyler was thankful for the One Muncie crowd, estimated by some in the tens of thousands – the largest crowd in years, and perhaps in the history of the event. “It’s wonderful watching people out here smiling and having a good time with their families,” Tyler said.

Downtown Development’s Vickie Veach said the impact of such an event is far reaching.
Listen to Vicki’s comments below.

Such traditional events are vital to a community’s morale and togetherness – even more important during the city’s 150th anniversary.  All in attendance seemed thankful for the event, even the hundreds that viewed from Minnetrista – across the river from the event, site of the America’s Hometown Band performance and ALL-IN Block Party earlier in the evening, supported by Woof Boom Radio’s 104.1 WLBC. 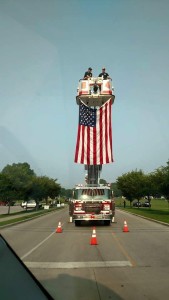 Yorktown’s “Four for the Fourth” Festival 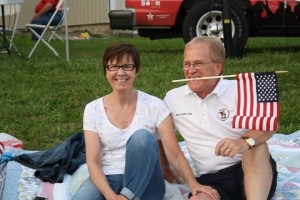 Mayor Dennis Tyler and the First Lady of Muncie

Yorktown saw great attendance and many smiles at their Four for the Fourth Festival, also supported by Woof Boom Radio’s 96.7 Blake FM and 104.1 WLBC.